The 10 Most Important Articles Published on GrindTV.com

GrindTV.com was a news and broadcasting service that described itself as “The worldwide leader in adventure, action sports, lifestyle, [and] travel. The service added that it was “the gateway to the adventure sports and outdoor lifestyles.”

If you try to find GrindTV.com today, you will soon face the message “503 Service Temporarily Unavailable.” We can advise that you should not hold your breath because this message has been around for some time now.

To find out what could have happened to GrindTV.com, we took some time to follow the history of the news and broadcasting service. We also feature ten of the most important articles it published.

GrindTV.com was established in 2005. According to Tripp Mickle of the Sports Business Journal, GrindTV.com obtained early funding from Softbank, the Japanese venture capital company. Mickle also reports that GrindTV served “as the exclusive action sports channel on Yahoo courtesy of a distribution deal.”

In 2009, GrindTV.com merged with Sportnet, the sports content provider that called itself the company that “provides compelling action sports content, robust community tools, and sport-specific utilities that enhance the enjoyment of action sports both online and in the real world.”

One and a half years after the merger, Interlink Media announced that it had purchased Grind Networks, the company under which GrindTV.com was owned. Interlink Media is a United States-based source of premier content media, with over 90 websites and 70 publications.

In a press release published in October 2010, Interlink Media states, “The media giant [Interlink Media] will add Grind to its growing Action Sports Group (“ASG”), home to renowned action and adventure sports magazine brands such as Surfer, Skateboarder, and Powder.”

When we follow the history of GrindTV, we can see that the service at one time merged with MensJournal.com. It doesn’t look like there is a lot of news about this merger, but we came across a piece on MensJournal.com inviting “active, mindful Millennials” to come and write for GrindTV.

The Leading Articles on GrindTV.com

GrindTV.com promised visitors, “We share the stories of fellow outdoor and action sports enthusiasts, as well as the encounters that happen along the ride.” The site adds, “We bring to life the joy, the fear, the escape, and the community in a social and mobile world.”

Did GrindTV.com live up to its promise? To help you decide for yourself, we have assembled the ten best articles we could find on the site.

But how do we know that an article is important? We look at the attention it attracted from web admins and editors. By telling the number of times an article is linked to, we can rank the articles based on the assumption that the piece with the highest number of inbound links is the best.

In this article, GrindTV.com’s Pete Thomas presents the ultimate test of endurance. He tells the story of Aleksander Doba, the 64-year-old man that set off from the West African coast of Dakar on October 16, 2010, for a 99-day solo-kayaking voyage.

Thomas reports that when Doba paddled ashore in northeast Brazil on February 2, 2011, he looked “sapped of strength but nonetheless jubilant.”

According to the article, Doba’s voyage was completed “aboard a customized 23-foot sea kayak, which is only 39 inches wide.” How this can be home for almost three months on seas that are sometimes rough is almost impossible to imagine.

Thomas reports that although three other people have kayaked across the Atlantic, none were senior citizens. Also, none of the people that had taken the journey completed it without having to use offshore islands. 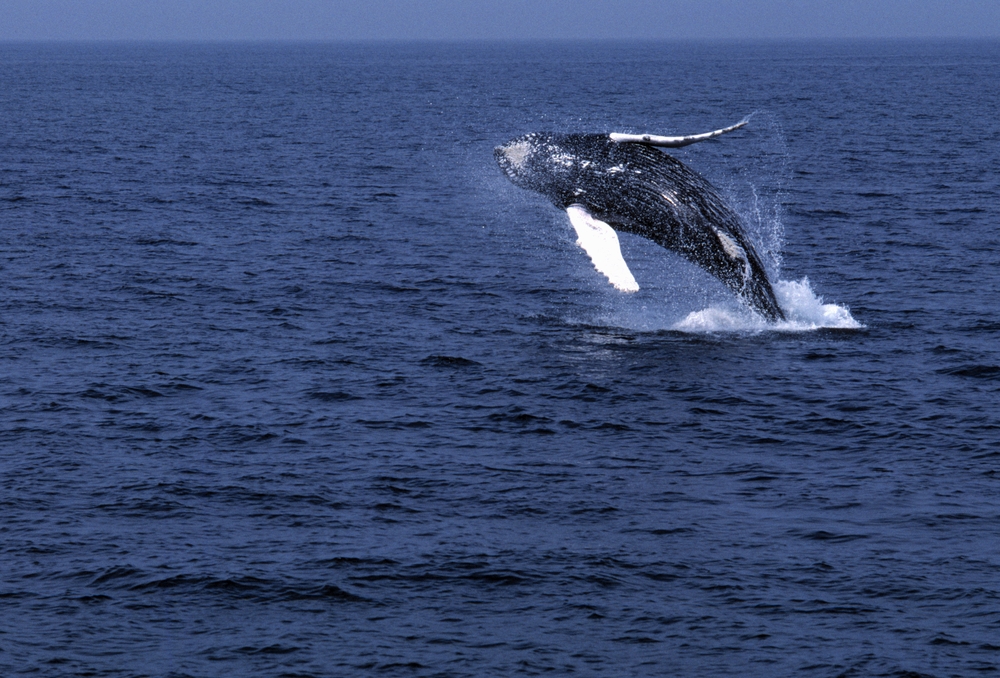 This 2012 article, also by Thomas, narrates the story of how retired biology instructor Bill Bouton got more than he bargained for when he went out to photograph birds along the California coast.

Thomas reports that Bouton ended up returning home with incredible images, thanks to the small pod of humpback whales that arrived to photo bomb his shots.

3. 10 Tips for Rafting the Grand Canyon 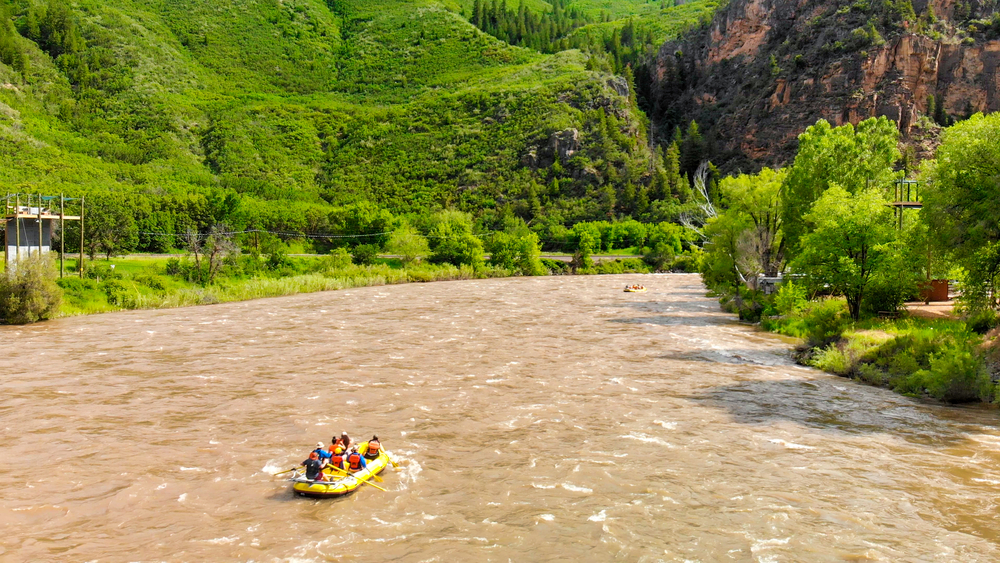 Charli Kerns’ 2014 article starts by stating a rather obvious fact: “Rafting the Grand Canyon’s Colorado River is a bucket list adventure for most outdoor and travel enthusiasts.”

He then lists the ten things that those who want to tick this item off their bracket list should remember. Here are some important ones:

4. Standup Paddler Can’t Beat Cancer, But Will Take It For An Incredible Ride

Thomas begins this piece with a rather difficult question about what you would do if your doctor told you that you only had aspecific time to live.

For Michele Baldwin, the woman the article is about, the answer is clear: a pilgrimage to India aboard a standup paddleboard. Baldwin had just been informed that her cancer had rapidly progressed through her system.

Even though many would have been so divested by this news that they would stay at home and feel powerless, Thomas reports that Baldwin had decided to take the 700-mile pilgrimage down the sacred Ganges River.

The title of this article is so full of promise that when you start reading, you sort of walk away as disappointed as Rafael Ortiz, the well-known Mexican kayaker that the article is about.

The disappointing part is that when you read the title, you expect that the decision made by Ortiz was to take the descent. However, the decision was to walk “away, leaving the iconic waterfall in his rear-view mirror with an unfulfilled dream.”

Writing about the encounter on Facebook, Ortiz is quoted in the article, “Some drops are just meant to haunt you for the rest of your life. I heard once, “sometimes it takes more courage to walk away from a drop than to run it.”

6. Whale Breach a Bit Too Close For Comfort

In this 2014 article, Thomas writes about another close encounter that marine mammal enthusiasts had with a breaching humpback whale off the Central California coast.

Thomas describes the experience, “… what occurred in front of passengers aboard a Sanctuary Cruises boat Monday has to rank beyond a mere ‘Wow!’ moment.” He adds, “They watched in awe as a large humpback breached so closely–only yards away–that it caused their boat to pitch.”

With a weight of 30 tons, it’s no wonder the mammal caused a splash that left the boat shaking and some of those inside drenched. To give you an idea of how big this humpback whale is, let’s tell you that an average standard car weighs about 1.5 tons.

7. This 11-Year-Old Skateboard Start-Up Is Taking Off

This article by Robert Pursell lends credence to the idea that those who make it as great entrepreneurs often start by trying to solve simple everyday problems. What is unique about this story is that the blossoming entrepreneur, Carson Kropfl, was only 11 years old when the article was written in 2016.

Pursell reports that Kropfl had been struggling to store his skateboard because it could not fit in his locker. So, he devised a solution and started a company called Locker Board.

Kropfl’s company produces fully functional skateboards that can fit into a small school locker. When he successfully started using his skateboard, his friends wanted their own. From his posts on social media, Kropfl started attracting more attention, allowing the young man to carve himself a place in the business world.

Writing for GrindTV.com, Ben Mondy says he decided to write this article focusing on protected local breaks when he realized the phenomenon of locals intimidating visiting surfers. The local intimidation of visiting surfers is aimed at discouraging the latter from surfing “their” waves.

The five fiercely protected local breaks identified by Mondy include:

In this piece, Thomas writes about a great white shark that he says gave a new meaning to the term phrase “Down Under.” He reports, “Scientists revealed that the 15-foot shark they’ve named “Shack” probed to 1,200 meters, or 3,937 feet, as it traveled across the open ocean.”

If you don’t understand what this means, Thomas explains, “If placed into perspective, Shack might as well have been swimming upward into outer space: That’s how bizarre the marine universe is at the depth to which the shark delved.” 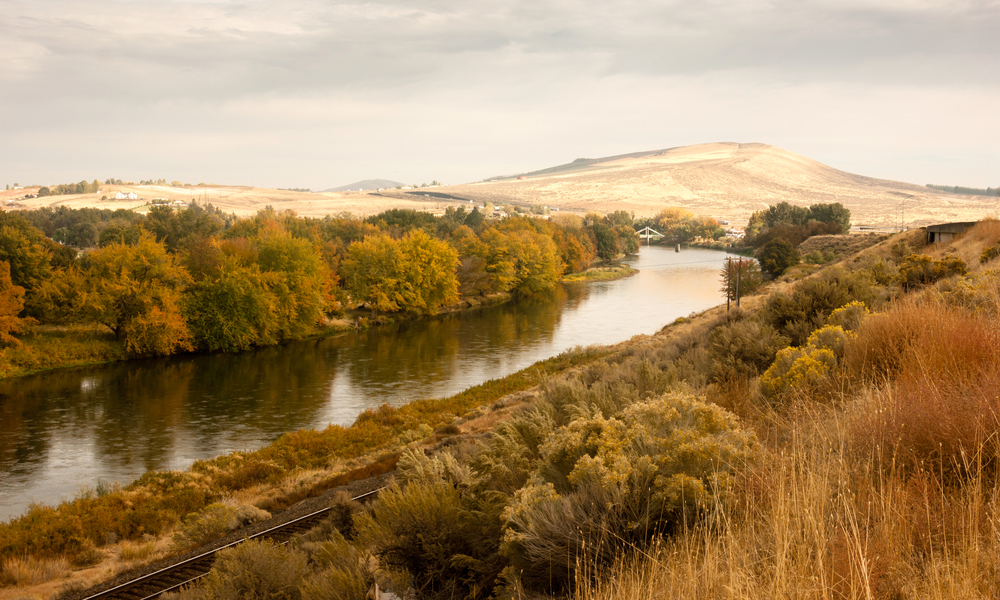 Kade Krichko uses this piece to advise anyone craving a new water fix: float the Yakima River. He says that the part of the river loved by those who want to enjoy rafting and lounging is along a 27-mile stretch called the Yakima River Canyon.

If you take Krichko’s advice, he suggests that you don’t float too far from the canyon. If you do, you will have to contend with deadly rapids.

The GrindTV history is quite complicated. Following its merger with Sportnet and its collaboration with MensJournal.com, the site directed several times.

It’s unclear what eventually happened to the site, but it looks like it may have ended up becoming part of Men’s Journal because an attempt to find it today redirects to MensJournal.com.

You are in luck if you plan to spend less than $1000 to buy a fishing kayak because we sell the best fishing kayak under 1000. Fishing kayaks are becoming the hottest trend on the market because these kayaks are excellent for anglers and also the best cruisers on lakes or rivers. We understand that

The Best Fishing Kayak Under $500

How Does Foot Pedal Kayak Work

Many anglers and kayakers will argue that using a pedal kayak is the best experience. We have seen customer reviews claiming the pedal kayaks are worth everyone’s time and money. After using one of these pedal fishing kayak models, you can understand why these users hold their opinion. Pedal kayaks are on another level and

The 10 Most Important Articles Published on GrindTV.com

GrindTV.com was a news and broadcasting service that described itself as “The worldwide leader in adventure, action sports, lifestyle, [and] travel. The service added that it was “the gateway to the adventure sports and outdoor lifestyles.” If you try to find GrindTV.com today, you will soon face the message “503 Service Temporarily Unavailable.” We can advise